For millions of youth in developing countries like the Philippines, education is seemingly beyond reach. Poverty and inadequate government support stifle the future aspirations of Filipino children. Hence, Arnel Pineda Foundation, Inc. (APFI) was formed, principally to address their sad plight by preparing them for a brighter future through education.

For APFI founder Arnel Pineda, the story starts the day he set foot on the streets of Manila, trying to survive on his own at the age of 14. Following his beloved mother’s illness that put his family in dire financial straits, Arnel experienced first-hand that survival for a street kid is a persistent – and most often – losing battle.

Today, blessed with the ability to give back, Arnel mobilizes his team to join the battle against poverty and its ensuing havoc on Philippine youth. His ongoing tenure as frontman of the American rock band Journey has allowed many individuals with shared goals to know him and join in helping children rise above their circumstances.

You could get involved and make a difference in others’ lives – however little you can share. 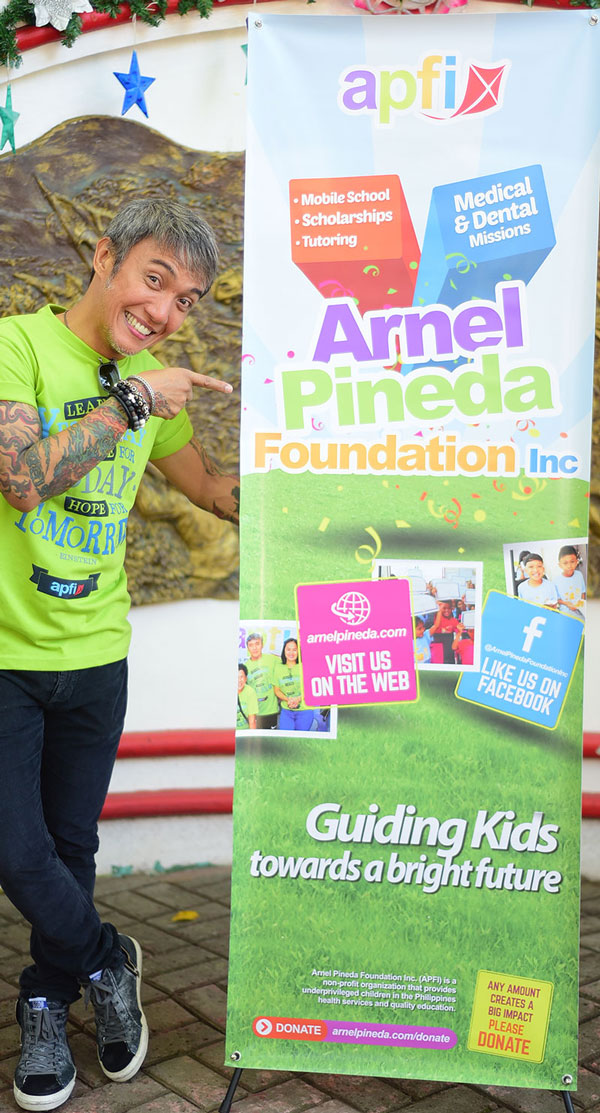